MELBOURNE, Australia--(뉴스와이어) 2021년 02월 26일 -- From the Sandown 500 and Bathurst 1000 to the Supercars Championship, the Walkinshaw Andretti United (WAU) Racing team has stood on the podium every season since their debut, the team continues to seek ways to improve both on-track and off-track. And it is with such determination to excel, that today, Walkinshaw Andretti United, together with TCL Hofmann and Stratasys Ltd., jointly announced a partnership agreement to bring the latest 3D printing solution and all the benefits of the cutting-edge technology into the WAU racing team for the 2021 Supercar Championship Season.

The WAU team will leverage Stratasys FDM Printers to produce prototypes of customized parts on the Supercars, as well as tooling and fixtures for production within the Walkinshaw Group who are a global leader in the design, engineering, development, and marketing of performance vehicles, and has significant motor sport interests in Australia and the UK. The systems are installed at the Walkinshaw Group facility at Clayton, Victoria. Stratasys and TCL Hofmann also support the team with regular training and technical support services.

“3D printing technology is essential in the way we build and manufacture development parts for both our Supercars, so to have the opportunity to do it with undoubtedly the best available puts us in a fantastic position for the 2021 Supercars Championship," Stewart added.

“Supercars is a highly competitive industry where precision matters, we are chasing milliseconds over the course of a race weekend, so our entire team is excited to have the right tools at hand to be able to chase the ultimate glory."

TCL Hofmann joined the Stratasys channel network since 2019 and has supplied leading-edge technologies to manufacturing companies and organizations, helping them upscale businesses and optimize results. With strong teams in Melbourne and Sydney, and sister company TCL Hunt in New Zealand’s major cities, TCL Hofmann’s success has developed from the broad supply of quality products to a range of industry through to the highest levels of service and advisory, pre and post-sale support and servicing.

“The best for the best, we are excited for this partnership and look forward to seeing the WAU team reap the benefits of 3D printing to push more limits,” said Joseph Hancock, TCL Hofmann Managing Director. “And of course, we are a phone call away as time is of essence especially in the racing industry.”

“We understand the fierce competition and that every second counts in auto racing,” said Ben Darling, Stratasys Senior Territory Manager of Australia and New Zealand Region. “And that is why Stratasys invested in over 1,000 hours testing key build attributes of the printer, so that our customers can get it right first time and every time.”

The three organisations cover the globe, with Walkinshaw Racing based in Australia, Andretti Autosport in America, and United Autosports in Europe.

TCL Hofmann, Australia is a major supplier of industrial raw materials, semi-finished and finished products, and machinery to numerous industries including plastics processing, food & beverage, packaging, pharmaceutical, medical & industrial to name a few. Our success has developed from giving our customers a competitive advantage by providing cost effective, leading edge technologies backed up by sound industry advice and level of service aimed at surpassing customer expectations. For more information, visit TCL Hoffman at www.tclh3dprinting.com.au or www.tclhofmann.com.au.

For more than 30 years, Stratasys Ltd. (NASDAQ:SSYS) has been a defining force and dominant player in 3D printing and additive manufacturing - shaping the way things are made. Headquartered in Minneapolis, Minnesota and Rehovot, Israel, the company’s solutions provide customers with unmatched design freedom and manufacturing flexibility - reducing time-to-market and lowering development costs, while improving designs and communications. The Stratasys ecosystem includes 3D printers for prototyping and production; a wide range of 3D printing materials; parts on-demand via Stratasys Direct Manufacturing; strategic consulting and professional services; and the Thingiverse and GrabCAD communities with over 2 million 3D printable files for free designs. With more than 2,700 employees and 1200 granted or pending additive manufacturing patents, Stratasys has received more than 30 technology and leadership awards. Visit us online at: http://www.stratasys.com or http://blog.stratasys.com, and follow us on LinkedIn. 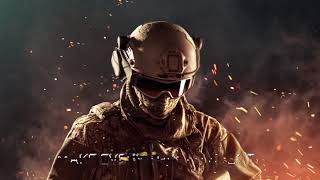 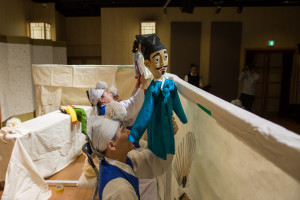